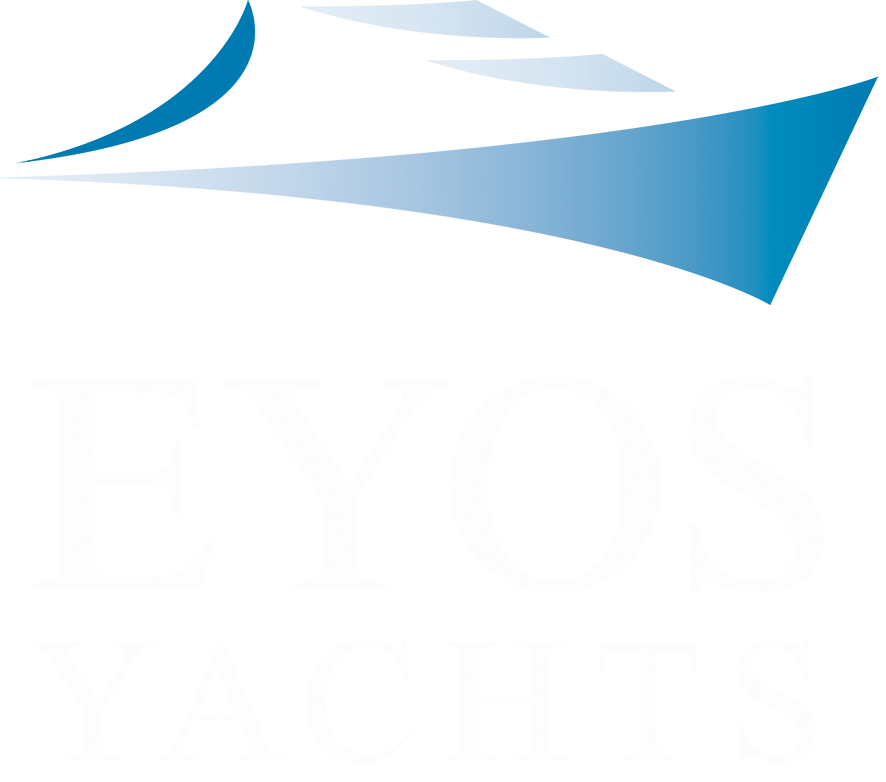 THE WALK AROUND DAYCRUISER 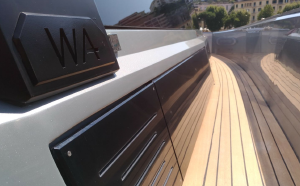 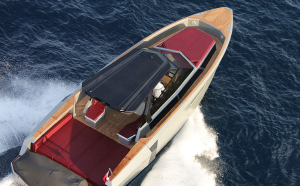 Evo WA is the second 13-meter yacht built by Blu Emme Yachts Designed by Studio Rivellini. The standout feature is the fact that you can move easily between the stern beach area and the bow by ‘walking around’ the helm station.

Using the same approach, even the stainless steel bow anchor is hidden behind a hydraulic hatch incorporated in the deckhouse, together with the pivoting anchor roller, also made from AISI 316 stainless steel, which is the alloy that provides the best possible protection against weathering. The technical compartment also provides storage space for the fenders, as well as containing a hand shower. This solution leaves room for a big sun lounging area that can be transformed into two chaises longues, complete with headrests, drink holders/side tables and high-end loudspeakers integrated in the forward windshield.

The all teak cockpit features an area that can be easily configured thanks to modular cube-shaped seats and also houses an extending dining table and large wet bar. The door on a separate unit hides an induction hob with four rings and a sink.

The “XTension” stern sidewalls can be opened hydraulically in less than 30 seconds by simply tapping a touchscreen. This increases the space in the beach area by 40%, turning it into a sea terrace covering over 25 square meters. It is in this area of the cockpit a series of arrangements are possible according to the owner’s needs and the time of day. The options include: up to three chaises longues, a retractable table in the center or sun lounging cushions that can be converted into benches or used as comfortable floating mats. It can also be fitted with the stern Transformer, a convenient platform that rotates through about 270 degrees and acts as a gangway, a bathing ladder, a diving platform or a tender lift.

The central section of the cockpit also offers a variety of modular solutions, including the possibility, for example, of electrically extending a table next to the two big facing sofas that are the main feature of the central lounge area. Two poufs are also hidden under the two tops/low tables at the end of the square area. They can also be joined together if needed to create a partition between the forward and stern sections of the cockpit. The same area also contains a hideaway cooking area that can be fitted with an induction hob, a teppanyaki griddle or a BBQ, according to the owner’s wishes.

The below deck area, which is reached down a transparent plexiglass stairway featuring minimalist design and backlighting, are a dinette with a hideaway table that can be used as either a table or a bed (or a sofa area when the table is not in use), and a remarkably spacious bathroom with a full-height shower. The stern area isn’t separated from the rest of the boat by partitions and doors, but left as a big open space, resulting in a stern cabin that is both comfortable and full of light. Four berths mean the yacht can also be used for mini-cruises in the utmost comfort.

The Evo Walk Around design process also focuses on performance: the VOLVO PENTA IPS 600 (2 x 435 hp) engines, combined with the 18° deadrise deep-V hull, give the yacht a top speed of 38 knots and a cruising speed of 28 knots. 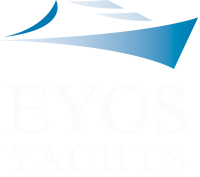 Do you need more information? Fill out the form below and we will be in touch!